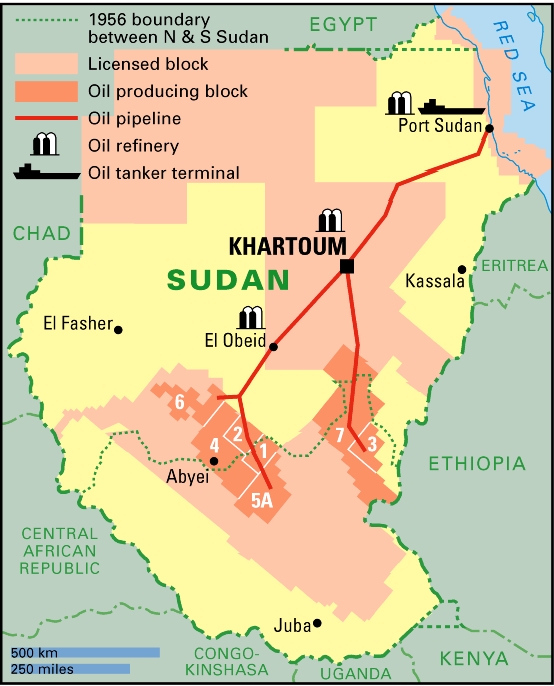 South Sudan has suffered a major setback to its already ailing economy after its northern neighbor Sudan is said to have resumed  blocking oil flow from its Unity state in the latest spat involving the two oil producers. The two nations had agreed to restart oil exports last month after a 15-month closure, officials said.

South Sudan hasn’t been able to pump around 90,000 barrels a day of crude from its TharJath oil field in the border state of Unity for nearly a week after Sudanese authorities closed a network of pipelines to oil-processing facilities in Heglig, across the common border.

Both economies had been battered by South Sudan’s decision to suspend its 350,000 barrels a day oil production in January last year, amid a litany of disputes with Sudan. The renewed row between the two states can only exacerbate their predicament.

Landlocked South Sudan inherited nearly 75% of the oil fields upon its succession from Sudan in January last year but has to rely on pipelines and ports that straddle through Sudanese territory. Read story here