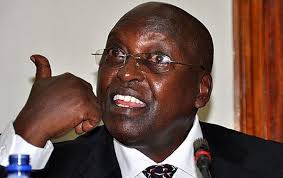 An airfield in Kasese is set to get an upgrade worth $57 million that will eventually transform it into an international airport, an aviation official has said. Kasese Airfield lies in the south of the Albertine region where crude oil reserves have been discovered.

Kasese airfield, also sits near Kilembe copper mines which were recently placed in the hands of a Chinese consortium for a possible revival in production after it was abandoned in 1980s due to political turmoil.

The head of Civil Aviation Authority, Wenceslaus Rama Makuza told the media that with copper and oil in place, Kasese Airfield is likely to get a boost in the number of visitors that will be using the airfield and that has prompted the authority to consider upgrading the airfield.

The government will fund the project and work could start as early as this financial year (2013 beginning July). If the Ugandan government delays or fails to provide the funds, other investors may be called in to support the needed airfield works.