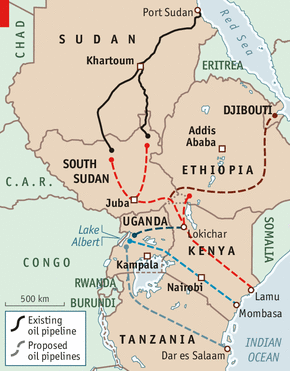 With the discovery of oil in Kenya, Uganda and South Sudan surely East Africans are right to look forward to an “oil bonanza” that is expected to lift millions of East Africans out of poverty but the experts think that with the way the East African countries have decided to deal with their oil, the oil could turn out to be a huge curse to the various countries.

There are already red lights emerging with the various oil producers in East Africa insisting on building individual refineries for their nations other than pooling resources for one regional refinery which according to economists would turn out to be a cheaper module for all the countries. Here is the full analysis in the Economist.