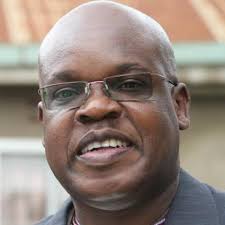 A press release by Cathy Adengo, Tullow Oil’s Corporate Communications Manager, confirmed the development. The release signed by Jimmy Mugerwa, the company’s General Manager reads in part: “We are pleased to be bringing on board an experienced professional like Conrad Nkutu, who will play a significant role in contributing to the growth of our business and Uganda’s oil and gas sector.”

Mr Nkutu confirmed his new appointment but declined to comment about it.

Mr Nkutu was, until this appointment, Chief Executive Officer of Fast Track Productions, a company that produces the daily television drama series The Hostel. He was also the Chief Executive Officer of Greenwus Energy Africa Limited, a joint project with DI Frontier, a private equity firm from Denmark which is building a $13m five megawatt Hydro-electric power generation station in River Rwimi in the Rwenzori region.

According to Tullow Uganda’s website, “the role will be instrumental in supporting the operations, ongoing explorations and appraisal activities and future development planning by ensuring that sustainable and meaningful external relationships are developed with key stakeholder groups.”

Mr Nkutu has a Bachelor’s degree in Social Sciences from Makerere University and a Post Graduate Diploma holder Printing and Publishing from the London College of Printing.

He has had a long career in media management dating from 1994-1997 as first country manager of The East African newspaper, Corporation Secretary New Vision, Commercial Director at Standard Newspaper Group in Kenya before crossing to Monitor Publications as Managing Director in 2004. In 2007 he was appointed Group Business Development Director of Nation Media Group before taking on the company’s Nation Broadcasting Division as Managing Director overseeing NTV Uganda and Kenya, Easy FM, and FM.