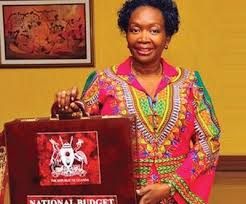 One of the biggest winners in the budget that the Uganda Minister of Finance,  Planing and Economic Development Maria Kiwanuka read a couple of days ago was the energy sector which received a huge boost of 281 billion pushing its total budgetary allocation to 1.4 trillion shillings.

While the allocations should enthuse the different players in the energy sector , doubts abound as to whether the country will reap according to the measure of what has been sown in the emerging sector, besides, the sub-sectors within the energy sector like Oil and Gas seem to have gotten a raw deal out of it all.

For an example, analysts are skeptical about the 39 billion that government has allocated to the refinery construction activities which cash they consider too small for the huge task at hand

The Executive Director of the Anti Corruption Coalition Cissy Kagaba is discontented.

She says “The Shs39b for the refinery construction activities is too small because even the displaced/affected persons have not yet been compensated.”

The oil refinery money is planned to facilitate the implementation and completion of logistics study, to undertake the transaction advisory services for refinery development, undertake aviation studies for aerodrome development and implement the crude oil pipeline to the refinery and storage facilities study recommendations.

Government has also given Shs3b to National Environment Management Authority to carry out an Environment Impact Assessment (EIA) in the Albertine Graben.

Although Mr Tony Otoa, a political analyst, is confident that the money will empower the National Environment Management Authority for it to effectively exercise its mandate of protecting the environment, Mr. Henry Bazira, the director of Water Governance Institute is afraid the money may not accomplish a lot.

“EIAs require a lot of skilled manpower, capacity building and a series of activities, that I think won’t be met by this money,” Mr Bazira argues.

Meanwhile plans are under way to fast track the Kenya-Uganda-Rwanda pipeline project as was revealed during the budget reading. The pipeline is expected to simplify the transportation of refined oil products from Mombasa through Uganda to Rwanda.