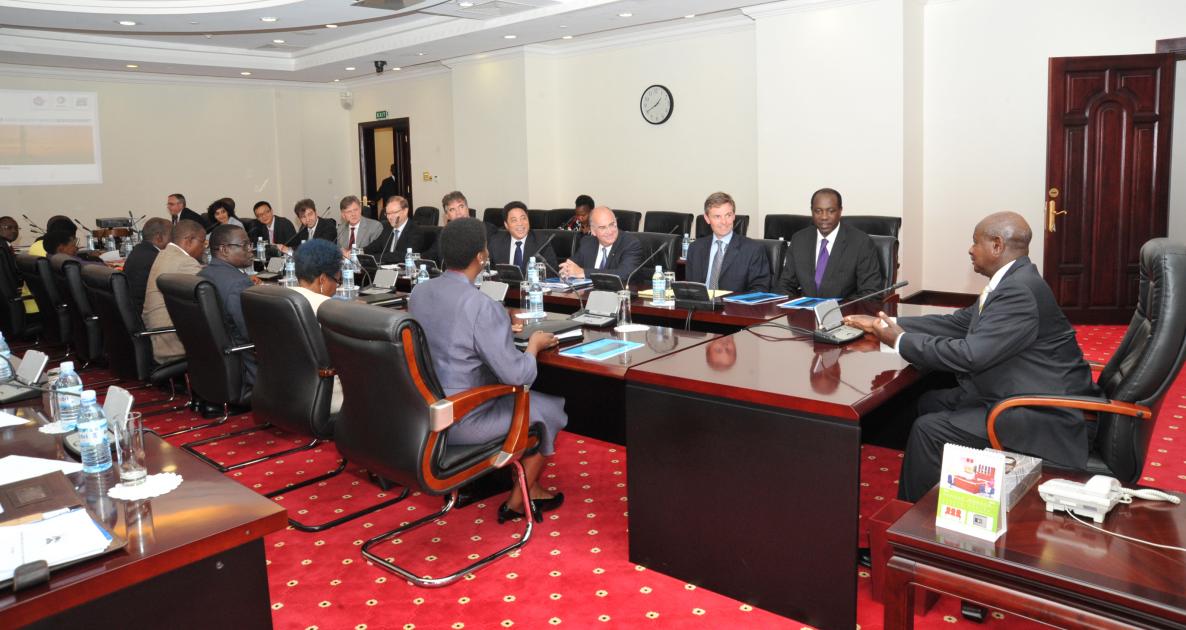 The storms had been raging, with those that can write, articulate and analyze penning all sorts of speculation on whether Uganda would eventually build a refinery but what emerged was Museveni sticking to his guns and it seems he is now having the last laugh. The oil companies have had to buckle under his rigid orders. Now Uganda will build a refinery, at least the Oil companies acceded to the idea of a refinery about a month ago. Therefore, for the purpose of getting to the root of this matter, we sought to find the reason why Museveni could not back out despite the bullish attitude with which the oil companies approached the matter in a bid to push the government to accept exporting its oil in the crude form.

It is clear that before Museveni insisted on his stand, he had done his research. Thus, in the New Vision Monday 13th May 2013 Museveni is reported to have said that there was a campaign against the refinery even “he himself was suspicious, but his scientists joined him and they were able to defeat those against the refinery.”

It was further reported that he had to hire a company called Foster Wheeler which confirmed that the refinery was the way to go for Uganda. It seems from the foregoing assertions that the Foster Wheeler findings influenced Museveni’s decision to push for an Oil Refinery. Therefore, to dig deeper into the matter we had to look at the Foster Wheeler Report on Uganda’s Oil whose arguments we found to be consistent with the president’s arguments for a refinery and here we bring you one of the pertinent arguments for a refinery that the report gives. We shall be churning out the other reasons which the Fosterwheeler report points out as the basis for a refinery project in a series of articles that will be published here.

In its Executive Summary, the report states its purpose thus “This report summarizes the study undertaken by Foster Wheeler Energy Ltd (FWEL). The aim of the project was to establish the feasibility of constructing a refinery in Uganda and compare a potential refinery project with a crude export pipeline.

To support the selection of refinery capacity and the economic viability of the project a market survey was undertaken under Foster Wheeler’s subcontractor Gaffney Cline Associates. Capital and Operating costs were developed for the costs to compare the refinery and pipeline options.

The Market Survey identified that there would be a strong growth in demand for refined products in Uganda and the Wider East African Community. Demand would start from a relatively low base and this coupled with competition from the existing KPRL refinery and imports from Mombasa and Dar-Es-Salam would mean that the markets were relatively small, but were still considered sufficient to support a refining project.

“The high cost of product import into Uganda and the high cost of exporting surplus product out of Uganda to international market meant there was a strong incentive to have the refinery that matches regional demand.”

“This demand is set by the area over which the refinery can achieve a supply cost advantage and this results in a demand of around 60,000 BPSD with a balanced Diesel and Gasoline production and production of about 15% fuel oil.” says the report.

In its financial analysis, the report reveals that crude oil pipeline tariffs of US$ 16.85/Bbl and US$ 28.00Bbl are required to achieve post- tax rates of return of 10% and 20% respectively for a 60 Mbsd capacity crude oil pipeline. A lower tariff of 13.35Bbl is required to achieve a 10% post tax rate of return for a pipeline of 120Mbpsd capacity. These tariffs are a function of the operating costs developed for each pipeline and reflect the relatively expensive nature of the pipeline system required to transport the Ugandan crude oil from Lake Albert to the East African Coast.

Yet, on the other hand the project economics for the base case 60Mbpsd selected refinery were assessed to be very robust, achieving post-tax rates of return in the 32% to 37% range. These values significantly exceed 8% to 20% post tax returns assessed for a crude oil export pipeline project of equal capacity.

Thus the report concludes on the matter saying that overall a refinery project is viable a project to finance if the right sponsors with the capacity to provide the required equity and operating capabilities are identified.

“If such sponsors are not identified quickly developing a refinery may delay the development of Uganda’s crude oil reserves.” The report emphasizes.

That is why when Museveni was squabbling with the Oil Companies to come to a consensus quickly on this issue of the refinery, surely he was not high on drugs but he simply knew which side of his bread was buttered.